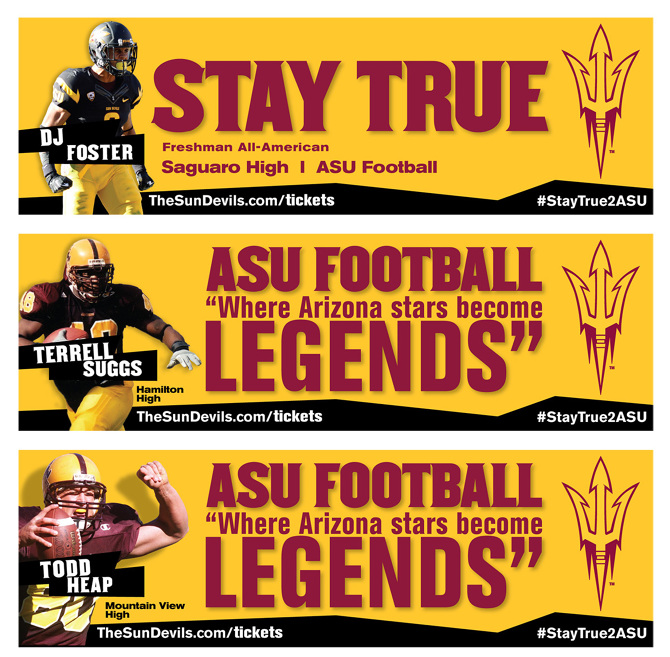 • Creative Direction
• Graphic Design
• Copywriting
• Music Production
‍
When ASU Head Coach, Todd Graham, needed to retain top high school recruits throughout Arizona, we ran a large billboard campaign that featured former local high school stars that played for ASU and then went on to the NFL. Each billboard was placed near a relevant high school.
‍
I offered the tagline:
"STAY TRUE" along with the hashtag "#StayTrue2ASU"
‍
I then approached a local hip-hop producer, Justus Olbert, to write and record a song to accompany the campaign. The result was perfect and it consequently played before each home kick-off for 2 seasons. Have a listen below. Agency: Owens Harkey Advertising

The Almighty Sun Devils "FORKS UP!":

« back to more projects